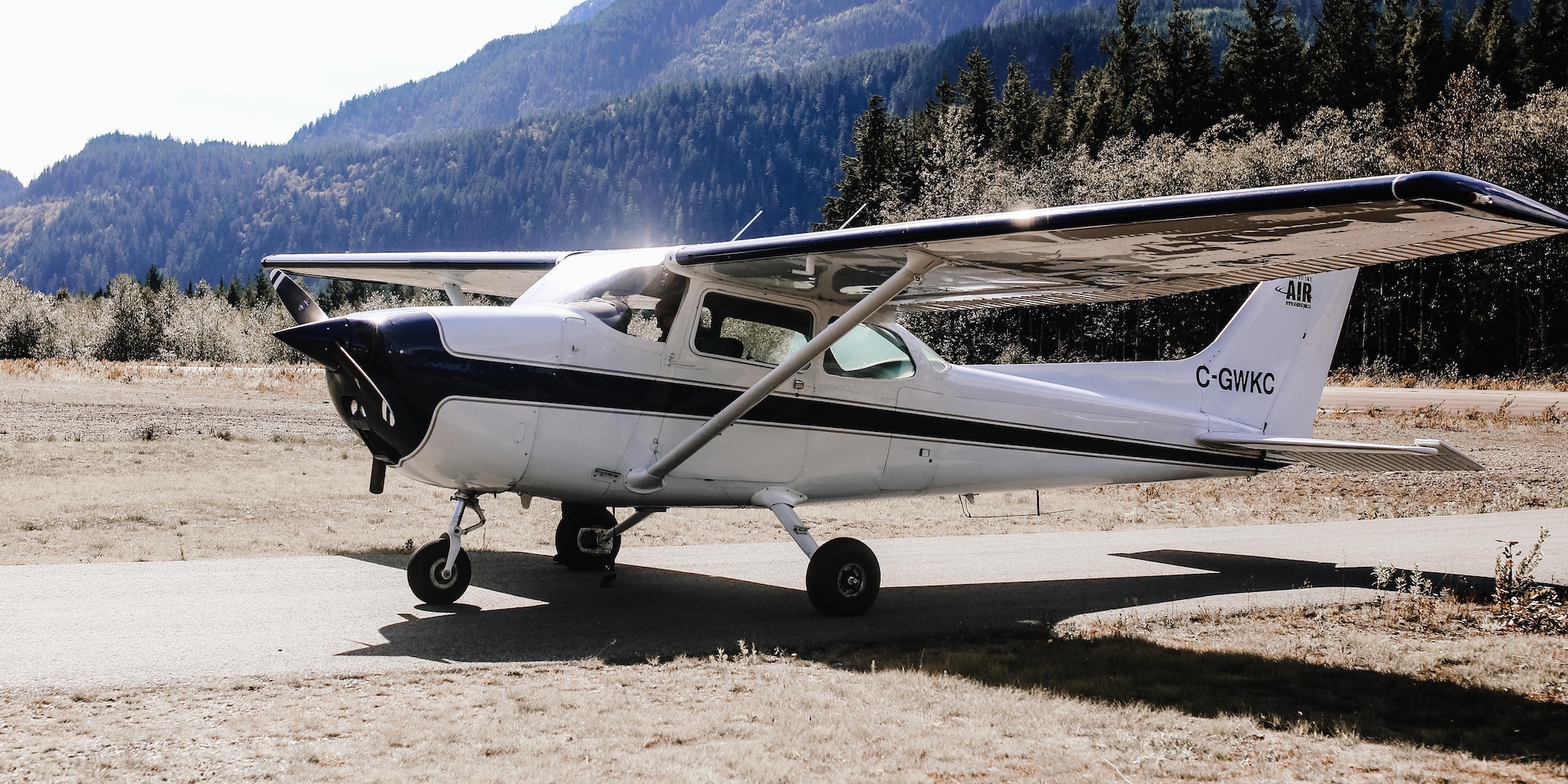 This blog tends to ocassionally crossover to some of my other hobbies, and that is definitely the case for this post. I have been learning to fly. Specifically, I’m looking at getting my private pilot’s license (PPL).

Moving from England to West Wales (Pembrokeshire) toward the end of last year, we now find ourselves in a much more rural location. We’re living on the edge of a small village in Pembrokeshire, bordering some local farms.

Nearby (~10 minutes drive) is Haverfordwest Airport (IATA: HAW, ICAO: EGFE). After moving and noticing that a local company offered flight experiences as well as pilot training, the logical next step was to sign up for a flight experience. The goal was using this as the impetus and first stepping stone to pilot training.

Having now accumulated 10 hours of flight experience, I find myself infatuated with flying. The freedom you feel up in the air combined with the views that Pembrokeshire offers are simply mind blowing. Just a few minutes after take-off I usually find myself flying over the coastline, with panoramic views of Newgale beach, Nolton Haven, and off in the distance Ireland sometimes makes an appearance.

Where the passion started

Growing up I loved anything to do with aviation. I built model aircraft (those Airfix 1:72 scale models), read aviation related magazines and dreamed of being a pilot. My bedroom ceiling was covered in fishing-line-suspended model aircraft which I had built and painted myself.

Completing school and tertiary education, I followed a path straight into a job in graphic design. I didn’t get time to entertain the idea of being a pilot. In the back of my mind becoming a pilot always felt like something unachievable to me. (At least it felt like this with a lack of money and a better Mathematics result at the end of school) I grew up with the idea that you needed great mathematics to become a pilot.

Perhaps it was the convenience of the airport to my new location, or maybe it was the realisation with experience in life that we can all achieve (within reason) the goals which we put our minds to, or maybe it was a combination of both that led me to getting stuck in with pilot training.

I booked a Cessna 172 for my very first training flight where I got to actually control the aircraft myself. We started out with some basic control theory and covered some of the effects of physics on the aircraft. My initial basic control theory was fine – I’ve played many flight sim games growing up, so everything in this area was logical to me. I did however learn many new things about the effects of various forces.

I learned right away about some interesting physics and forces in play when you pilot an aircraft (such as a piston-driven single prop aircraft).

I never knew that a twisting helix shaped air force from the prop wash circles back around the fuselage and hits your own tail plane. This has the effect of consistently pushing your aircraft slightly to the side on the tail (countered by applying a little bit of rudder).

Another interesting force is the propeller torque effect. This is the effect of engine torque on the aircraft’s controls and movement. It is apparent in the Cessna 150 that I fly as a left turning tendency, and usually felt in all piston powered, single engine propeller driven aircraft.

I did fairly well on my first lesson and left feeling energised and ready to continue the process of learning to fly. I have since been using a 2 seater Cessna 150 instead of the original 172 I tried (4 seater). Although it has less power, it seems like the better aircraft to train in. It is cheaper to operate and makes sense over the longer term.

Learning to fly – what I’ve learned so far

After roughly 6 months of lessons I now have a about 10 hours of flight experience, and have been getting more comfortable with flying in general.

Here are some highlights from my training and experience so far:

Take off and landing

I am now able to take off and land unaided (including a bit of a cross wind landing). I still have the captain / trainer sitting next to me of course, reminding and guiding me vocally, but I can physically take off and land the aircraft on my own which feels like a great milestone.

Landing is certainly the more involved process where tons of variables come into play. Getting the approach right seems to be key to nailing the landing.

My focus is on making the least number of adjustments and reactive changes on the final approach. This seems to dictate how good your landing ends up being.

After getting the aircraft into the correct configuration for landing, my focus tends to be on maintaining an approach speed of about 65 knots, using visual cues such as a focal point on the runway, keeping it 1/3 of the way up on my cockpit glass view, and watching it’s shape form as I make my approach.

I have found that using throttle and aircraft attitude here is key. Being too low, too soon can be corrected by increasing engine RPM in small increments, and the opposite with being too high. Watching speed and making sure it doesn’t drop too low is important too of course.

The final drop of engine speed to idle after crossing over the runway threshold is my favourite part. The aircraft still seems to be travelling quite fast as the ground whizzes by to the sides, but that is all sorted out by performing the landing flare manouever, allowing speed to drop as the aircraft gets lower and lower to the runway surface, allowing the rear landing gear to touch down first.

Landings begin and end so quickly for me. Time just seems to fly by (excuse the pun) when going through the procedure. It’s probably because there are so many different variables to consider, and concentration is at an all-time high.

Checks on the ground and in the air

From pre-flight external and internal checks of the aircraft, control surfaces, and instruments, to checks while airborne, there are numerous. Here are two that immediately come to mind:

I am still getting accustomed to all the checks and getting used to performing them at the right times. I feel that these are habits that will stick with practice.

As an example, FREDA checks are performed every 10 minutes or so. Running off the top of my head quickly:

These checks seem tedious, but are all important to get right and remember early on in the process of learning to fly.

By the way, I use the term “learning to fly” a lot here – however I am fully aware that I will continue to do so even after certification. There is always room for improvement, no matter what your experience.

Recently I have been doing controlled stall manouevers. This involves an initial HASELL check, with that being shortened for subsequent runs to a ‘HELL’ check. Following this I enter the aircraft into a forced stall. There are different aircraft configurations that can be used to simulate different stall scenarios.

Basically, it involves (after checks) and starting out in straight and level flight:

My next training flight will be in a week’s time (as long as the weather is good). I’ll be resuming stalling manouevers and training and then hopefully get into some circuit practice. This is the process of entering the circuit pattern. The circuit being a rectangular pattern around the airfield / airport which aircraft taking off and landing use.

Some more theory and radio work stands in the way, after which I will be ready to go out solo. I’m looking forward to continuing my journey learning to fly!

2 thoughts on “Learning to fly (PPL)”