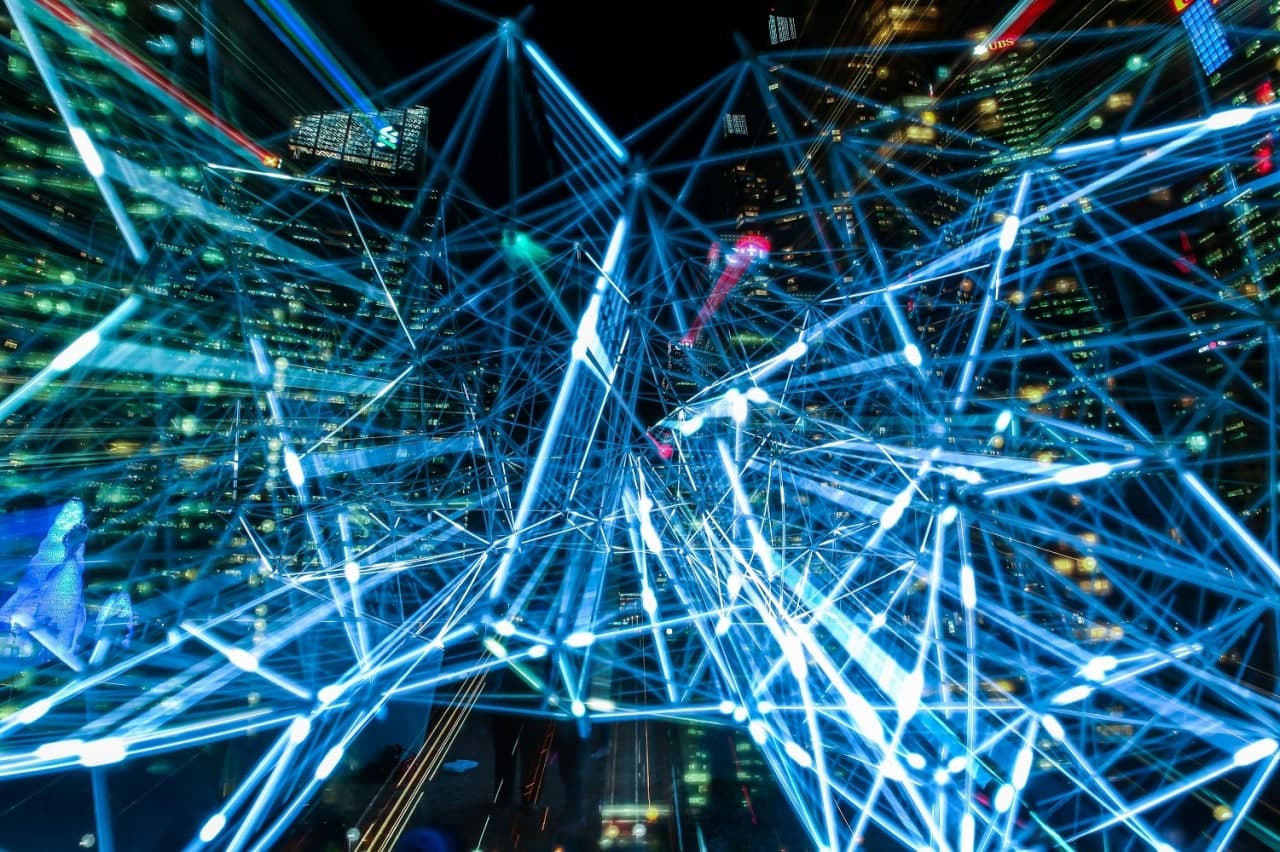 AWS System Manager Session Manager added the port forwarding feature, announced in this blog post back in 2019. In this post I’ll show you how to leverage SSM and socat port forwarding to access systems in a private subnet that don’t have the SSM agent installed.

You’ll use an SSM agent enabled EC2 instance as an initial target for the ssm port forward session. On this instance, you’ll run socat as a relay for the incoming TCP session to the other instance that does not have the SSM agent.

To quote the official man page, socat (SOcket CAT) is a multipurpose relay. It is a command line tool that establishes two bidirectional byte streams and transfers data between them.

You can use it to connect all sorts of channels. For example:

In my example I have an AWS EMR (Elastic Map Reduce) master node running a web dashboard for ganglia in a private VPC subnet.

I don’t want to add a bastion host / jump box or provide SSH access from the public net.

SSM would provide a nice way for me to connect a remote session, or port forward using IAM authentication and negating the need for any ingress security group rules, but only if I had the SSM agent available on this instance.

Seeing as though the EMR master node is not SSM agent enabled, and I can’t use SSM port forwarding directly to this instance, we could use an interim machine with SSM as a jump box.

Here is how I configured port forwarding in my use case to access ganglia on a private instance EMR node.

The command listens on port 8080, and forwards TCP to the EMR node, 10.0.4.149 on port 80. Importantly, the command uses fork and reuseaddr to allow multiple connections.

If you setup socat correctly to listen on port 8080, then the connection should be opened and accepted.

Now you can simply open a web browser locally and direct it to http://localhost:8089/ganglia to access ganglia on the remote EMR master node.

AWS SSM is a useful tool to get access to instances in a secure, audited fashion without needing to open up risky SSH access or other remote ports to the public internet.

When constrained and needing a jump across to an instance without the SSM agent you can leverage tools to help. Socat is one such tool that can facilitate this within the private network. 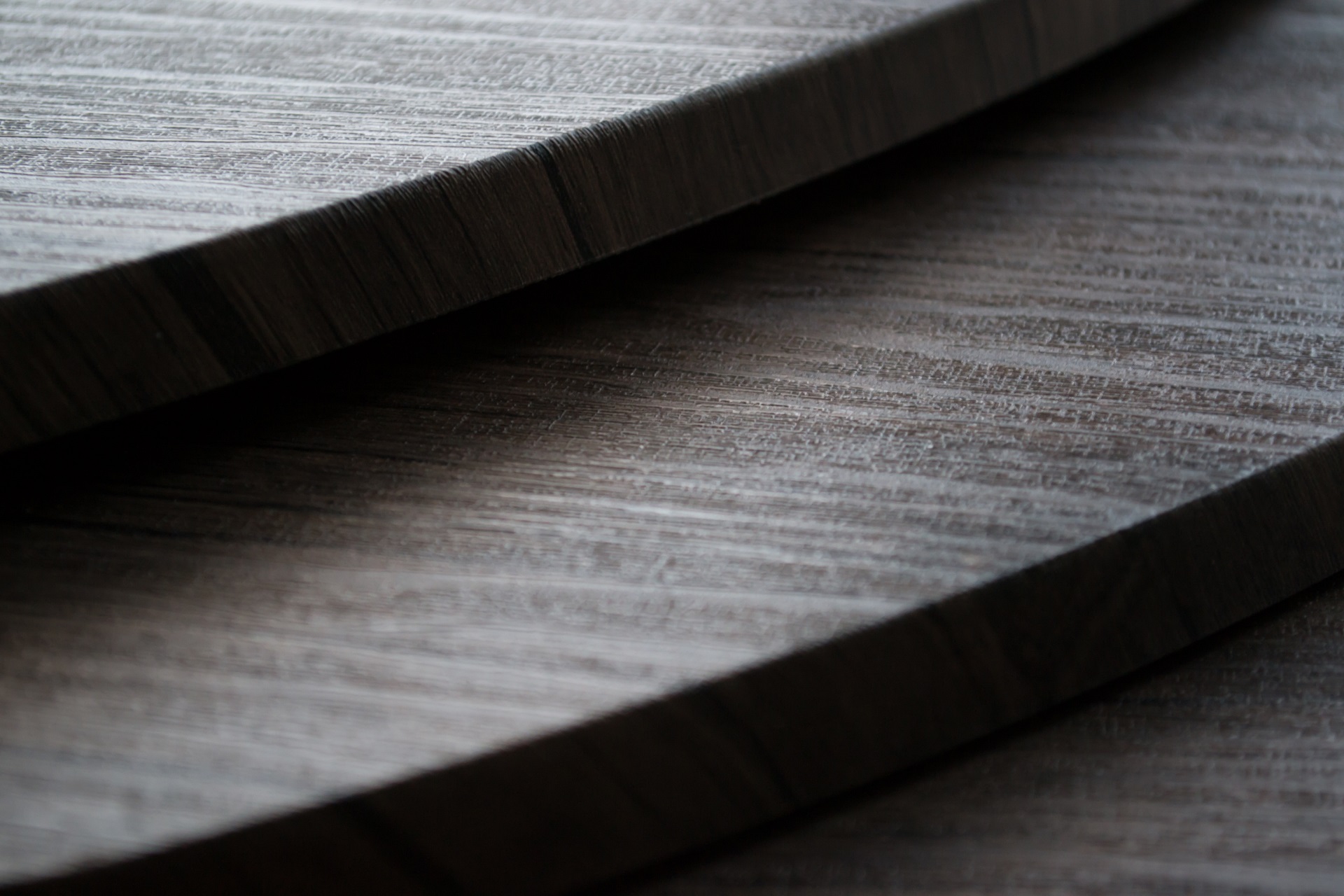 The saga pattern is useful when you have transactions that require a bunch of steps to complete successfully, with failure of steps requiring associated rollback processes to run. This post will cover the saga pattern with aws-cdk, leveraging AWS Step Functions and Lambda.

If you need an introduction to the saga pattern in an easy to understand format, I found this GOTO conference session by Caitie McCaffrey very informative.

Another useful resource with regard to the saga pattern and AWS Step Functions is this post over at theburningmonk.com.

I’ll be taking things one step further by automating the setup and deployment of a sample app which uses the saga pattern with aws-cdk.

I’ve started using aws-cdk fairly frequently, but realise it has the issue of vendor lock-in. I found it nice to work with in the case of step functions particularly in the way you construct step chains.

Above you see a successful transaction run, where all records are saved to a DynamoDB table entry.

If one of those steps were to fail, you need to manage the rollback process of your transaction from that step backwards.

As mentioned above, with the saga pattern you’ll want to rollback any steps that have run from the point of failure backward.

The example app has three steps:

Each step is a simple lambda function that writes some data to a DynamoDB table with a primary partition key of TransactionId.

In the screenshot below, TransformRecords has a simulated failure, which causes the lambda function to throw an error.

The rollback steps cascade backward to the first ‘business logic’ step ProcessRecordsTask. Any steps that have run up to that point will therefore have their associated rollback tasks run.

Here is what an entry looks like in DynamoDB if it failed:

You’ll notice this one does not have the ‘Sample’ data that you see in the previously shown successful transaction. In reality, for a brief moment it does have that sample data. As each rollback step is run, the associated data for that step is removed from the table entry, resulting in the above entry for TransactionId 18.

You’ll need to npm install and typescript compile first. From the root of the project:

Now you can deploy using aws-cdk.

With the stack deployed, you’ll now have the following resources:

To test, head over to the Step Functions AWS Console and navigate to the newly created SagaStateMachineExample state machine.

Click New Execution, and paste the following for the input:

In a few short moments, you should have a successful execution and you should see your transaction and sample data in DynamoDB.

Moving on, to simulate a random failure, try executing again, but this time with the following payload:

The lambda functions check the payload input for the simulateFail flag, and if found will do a Math.random() check to give chance of failure in one of the process steps.

To take this example further, you’ll want to more carefully manage step outputs using Step Function ResultPath configuration. This will ensure that your steps don’t overwrite data in the state machine and that steps further down the line have access to the data that they need.

You’ll probably also want a step at the end of the line for the case of failure (which runs after all rollback steps have completed). This can handle notifications or other tasks that should run if a transaction fails.

AWS have a handy post up that shows you how to get CodeBuild local by running it with Docker here.

Having a local CodeBuild environment available can be extremely useful. You can very quickly test your buildspec.yml files and build pipelines without having to go as far as push changes up to a remote repository or incurring AWS charges by running pipelines in the cloud.

I found a few extra useful bits and pieces whilst running a local CodeBuild setup myself and thought I would document them here, along with a summarised list of steps to get CodeBuild running locally yourself.

Now, locate the Dockerfile for the CodeBuild image you are interested in using. I wanted to use the ubuntu standard 3.0 image. i.e. ubuntu/standard/3.0/Dockerfile.

Edit the Dockerfile to remove the ENTRYPOINT directive at the end.

Now run a docker build in the relevant directory.

The image will take a while to build and once done will of course be available to run locally.

Now grab a copy of this codebuild_build.sh script and make it executable.

Place the shell script in your local project directory (alongside your buildspec.yml file).

Now it’s as easy as running this shell script with a few parameters to get your build going locally. Just use the -i option to specify the local docker CodeBuild image you want to run.

The following two options are the ones I found most useful:

Here is a really simple buildspec.yml if you want to test this out quickly and don’t have your own handy. Save the below YAML as simple-buildspec.yml.

You should see the script start up the docker container from your local image and ‘CodeBuild’ will start executing your buildspec steps. If all goes well you’ll get an exit code of 0 at the end. 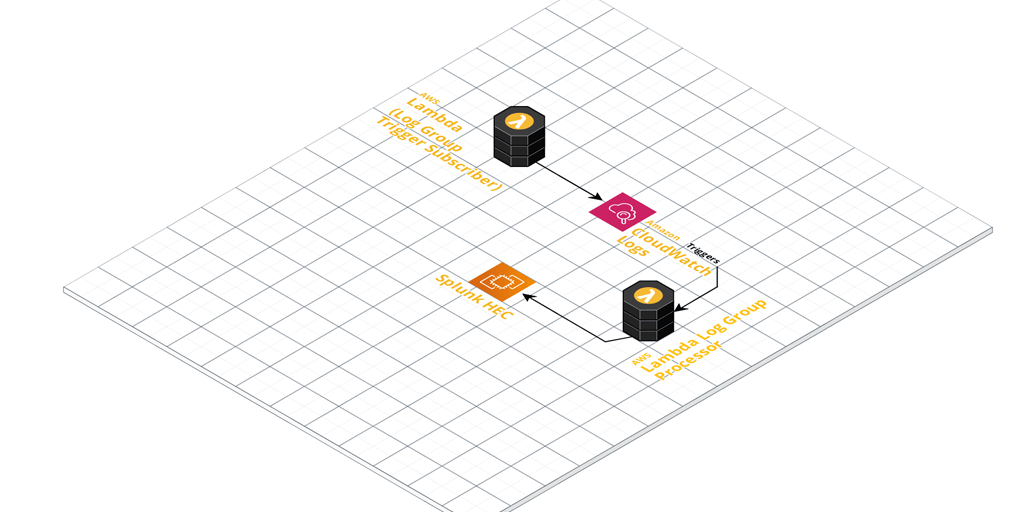 The first and preferred method of ingesting CloudWatch Logs into Splunk is by using AWS Firehose. The problem here though is that Firehose only seems to support an endpoint that is open to the public.

This is a problem if you have a Splunk HEC that is only available inside of a VPC and there is no option to proxy public connections back to it.

The next thing I looked at was the Splunk AWS Lambda function template to ingest CloudWatch logs from Log Group events. I had a quick look and it seems pretty out of date, with synchronous functions and libraries in use.

So, I decided to put together a small AWS Lambda Serverless project to improve on what is currently out there.

You can find the code over on Github.

The new version has:

You deploy it using Serverless framework, passing in your VPC details and a few other options for customisation.

Once configured, it’ll pick up any log events coming in from Log Groups you’ve ‘subscribed’ it to (Lambda CloudWatch Logs Triggers).

These events get enriched with extra metadata defined in the function. The metadata is derived by default from the naming convention used in the CloudWatch Log Groups. Take a close look at the included Regex pattern to ensure you name your Log Groups appropriately. Finally, they’re sent to your Splunk HEC for ingestion.

For an automated Log Group ingestion story, write another small helper function that:

In the future I might add this ‘automatic trigger adding function’ to the Github repository, so stay tuned! Setting this up requires configuration on both account sides with resource-based permission policies being applied to SNS in one account and Lambda in the other.

In other words, you’ll need to setup the permissions for SNS and Lambda to allow both subscription and invocation.

You should already have your SNS topic in Account A and a suitable Lambda function subscriber in Account B. For example:

Use the AWS CLI to add a resource-based permission policy to the SNS topic (using it’s ARN). This will allow the Receive and Subscribe actions from Account B.

It’s always good practice to follow the principle of least privilege (POLP). In this case you’re only allowing the specific SNS topic in one account to invoke the specific Lambda function you’re adding the policy to.

Send a test message to your SNS topic and you should see the Lambda function process the message in the other account.

If you need to diagnose anything, remember to check Lambda CloudWatch monitoring logs, or use the SNS Delivery Status feature.

That’s all there is to setting up SNS to Lambda cross account permissions.