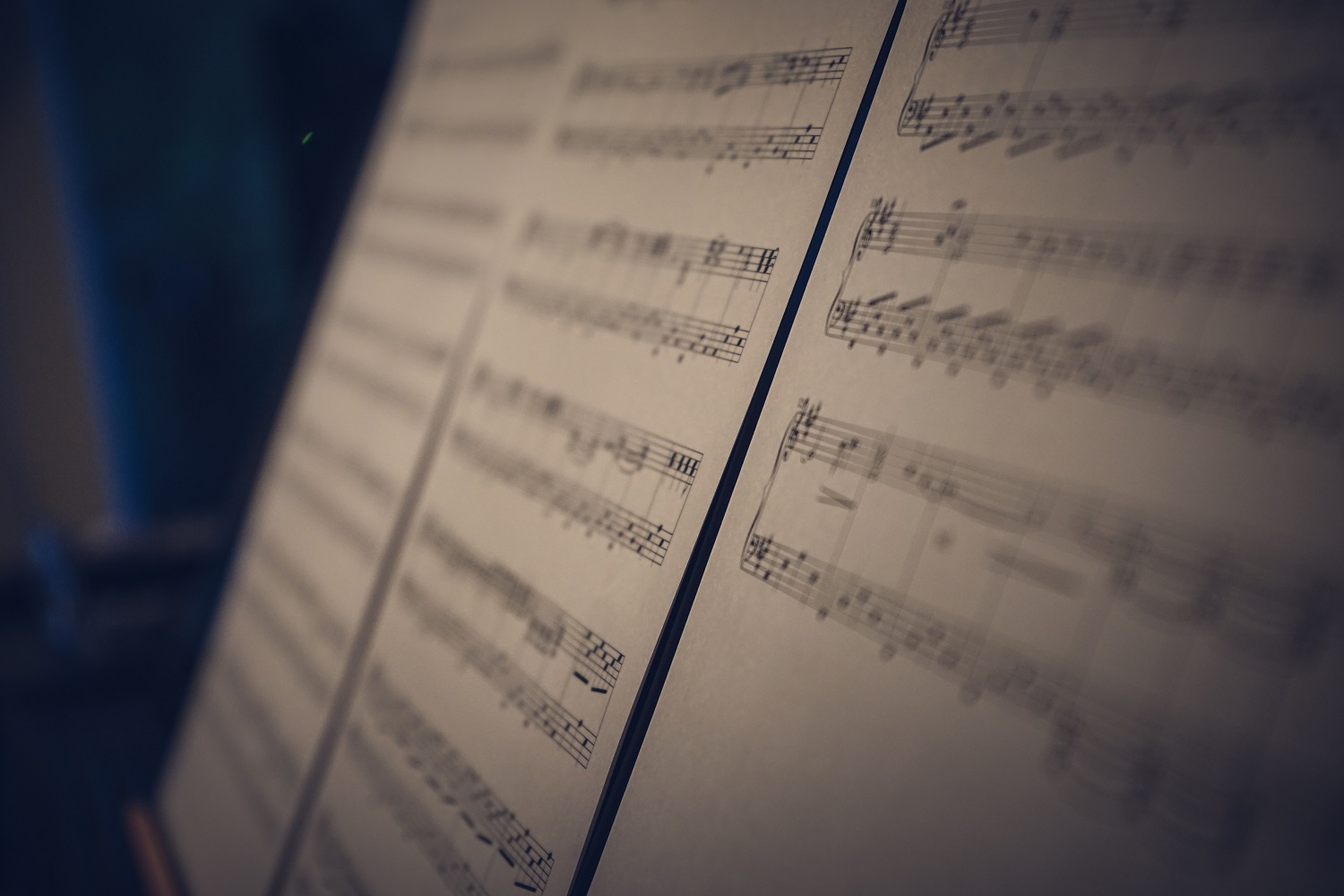 A while ago I read a fantastic article by Alex Bainter about how he used markov chains to generate new versions of Aphex Twin’s track ‘aisatsana’. After reading it I also wanted to try my hand at generating music using markov chains, but mix it up by tring out alda.

‘aisatsana’ is very different to the rest of Aphex Twin’s 2012 released Syro album. It’s a calm, soothing piano piece that could easily place you into a meditative state after listening to it.

Alda is a text-based programming language for music composition. If you haven’t tried it before, you’ll get a feel for how it works in this post. If you want to learn about it through some much simpler examples, this quick start guide is a good place to start.

Generating music is made easier using the simple language that alda provides.

As an example, here are 4 x samples ‘phrases’ that are generated with markov chains (based off the aisatsana starting state), and played back with Alda. I’ve picked 4 x random phrases out of 32 that sounded similar to me, but were different in each case. A generated track will not necessarily consist of all similar sounding phrases, but might contain a number of these.

On my journey, the first stop was to learn more about markov chains.

Markov chains are mathematical “stochastic” systems that change from one “state” (a situation or set of values) to another. In addition to this a Markov chain tells you the probabilitiy of transitioning from one state to another.

Using a honey bee worker as an example we might say: A honey bee has a bunch of different states:

After observing honey bees for a while, you might model their behaviour using a markov chain like so:

The above illustrates what is needed to create a markov chain. A list of states (the “state space”), and the probabilities of transitioning between them.

To play around with Markov chains and simple string generation, I created a small codebase (nodejs / typescript). The app takes a list of ‘chat messages logs’ (really any line separated list of strings) as input. It then uses random selection to find any lines containing the ‘seed’ string.

With the seed string, it generates new and potentially unique ‘chat messages’ based on this input seed and the ‘state’ (which is the list of chat messages fed in).

Using a random function and initial filtering means that the generation probability is constrained to the size of the input and filtered list, but it still helped me understand some of the concepts.

To start, the first thing I needed was a list of musical segments from the original track. These are what we refer to as ‘phrases’.

As Alex did in his implementation, I grabbed a MIDI version of Aisatsana. I then fed it into a MIDI to JSON converter, yielding a breakdown of the track into individual notes. Here is what the first two notes look like:

From there I wrote some javascript to take these notes in JSON format, parse the time values and order them into the 32 ‘phrases’ that aisatsana is made up of.

It also gathers information such as the note symbol, octave, and duration for each note and stores it in a phrases array, which also happens to be ordered by phrase index.

Next, the script runs through each phrase and groups the notes by time. If a note is played at the same timestamp, that means it is part of the same chord. To play correctly with alda, I need to know this, so a chords array is setup for each phrase.

With chord grouping done, we can now convert the track into 32 phrases that alda will understand.

Here is the full script to convert the MIDI to alda phrase strings.

There are different entry points that I could have used to create the markov chain initial state, but I went with feeding in the alda strings directly to see what patterns would emerge.

Here are the first 4 x phrases from aisatsana in alda-compatible format:

If you like, you can drop those right into alda’s REPL to play them, or drop them into a text file and play them with:

The strings are quite ugly to look at, but it turns out that they can still be used to generate new and original phrases based off the aisatsana track phrases using markov chains.

Using the markov-chains npm package, I wrote a small nodejs app to generate new phrases. It takes the 32 x alda compatible phrase strings from the original MIDI track of ‘aisatsana’ as a list of states and walks the chain to create new phrases.

I threw together a small function that you can run directly to generate new phrases. Give it a try here. Hitting this URL in the browser will give you new phrases from the markov generation.

If you want a text version that you can drop right into the alda REPL or into a file for alda to play try this:

I’ve uploaded the code here that does the markov chain generation using the initial alda phrase strings as input state.

The results from generating music off the phrases from the original track are certainly fun and interesting to listen to. The new phrases play out in different ways to the original track, but still have the feeling of belonging to the same piece of music.

Experimenting with alda and Serverless

Something I got side-tracked on during this experiment was hosting the alda player in a serverless function. I got pretty far along using AWS Lambda Layers, but the road was bumpy. Alda requires some fairly chunky dependencies.

Even after managing to squeeze Java and the Alda binaries into lambda layers the audio playback engine was failing to start in a serverless function.

I managed to clear through a number of problems but eventually my patience wore down and I settled with writing my own serverless function to generate the strings to feed into alda directly.

My goal here was to generate unique phrases, output them to MIDI, and then convert them to Audio to be played almost instantenously. For now it’s easy enough to take the generated strings and drop them directly into the alda REPL or play them direct from file though.

It will be nice to see alda develop further and offer an online REPL – which would mean the engine itself would be light enough to perform the above too.